Market Cap
Newly launch
Rise Highest Today
板块特点
板块动态
Gavin Wood founded the Polkadot project to create an innovative platform for the various parachain projects used to carry Web3.0 missions by providing shared security guarantees out of the box and an interoperable multi-chain network architecture. Dr. Gavin defines Polkadot as a layer0 project, i.e. The platform of platforms. Based on this platform, it is expected to blossom the endless branch application network without boundaries of the new era, thus gradually eroding and replacing the existing Web2.0 Internet.
Gavin Wood, co-founder of ethereum and then CTO of ethereum, published a blog post titled "decentralized applications: what Web3.0 looks like." The concept of Web3 was elaborated systematically for the first time, and then the Web3 Foundation was launched. His philosophy is that Web3 is a broad set of movements and protocols for making the Internet more decentralized, verifiable, and secure; Web3 vision is to achieve a serverless, decentralized Internet, that is, users control their own identity, data and fate of the Internet; Web3 will launch a new global digital economy, creating new business models and markets, breaking platform monopolies and driving broad, bottom-up innovation.
热门推荐
World Cup
入选理由 2022年卡塔尔世界杯（英语：FIFA World Cup Qatar 2022）是第二十二届世界杯足球赛，是历史上首次在卡塔尔和中东国家境内举行、也是第二次在亚洲举行的世界杯足球赛。除此之外，卡塔尔世界杯还是首次在北半球冬季举行、首次由从未进过世界杯的国家举办的世界杯足球赛。
DAO
入选理由 The importance of daOs has been increasingly recognized.
Web3.0
入选理由 Web 3.0 is a new stage in the evolution of the Internet.
查看更多

At the same time, MyToken provides global users with one-stop digital asset investment services with the best experience. The platform has integrated a variety of investment tools to help investors discover value and enhance wealth with data.

Official Chinese Telegram GroupOfficial English Telegram GroupOfficial mailboxEmailOfficial QQ/WeChatOnline Service
All blockchain-related data and materials on this website are for user learning and research purposes only, and do not constitute any advice or basis for investment, law, or other fields. It is strongly recommended that you conduct your own research, review, analysis and verification of the content, use relevant data and content with caution, and undertake all risks at your own risk.
© 2022 MyToken. All Rights Reserved 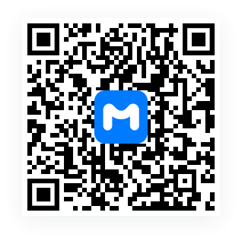